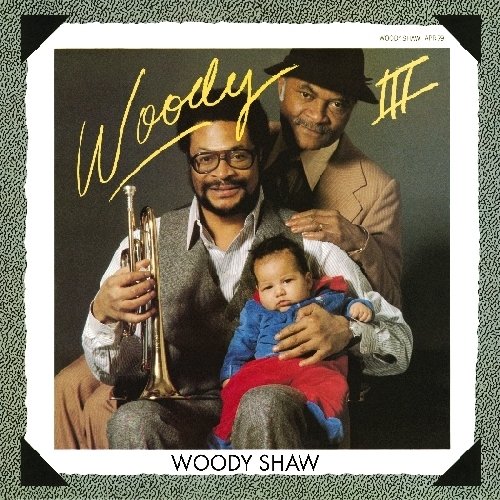 He has also worked as a digital media consultant to small businesses, artists, estates, and non-governmental organizations such as the United Nations Department of Public Information. He is Founder of Woody Shaw Legacy LLC, Dex Music LLC, and co-founder and CEO of The Dexter Gordon Society. Woody III also administers the associated websites WOODYSHAW.COM and DEXTERGORDON.COM.

As producer and author of numerous articles and essays on the legacy of his musical forefathers, Woody Shaw III has worked as music producer and writer for Mosaic Records, Sony Music Entertainment, High Note Records, Pop Market, and Resonance Records. He has produced musical events for the Tribeca Performing Arts Center, the Jazz Standard, and NPR Music.

Woody is also published in the University of Pittsburgh’s International Jazz Archive Journal, the International Trumpet Guild Journal, Jazz Japan magazine and has spoken publicly at Harvard University, Columbus State University, and BMCC and has appeared on such radio networks as WBGO, NPR, 90.1 Rochester, WBAI, Sirius XM Radio and others. As drummer, Woody has performed throughout New York City, in Europe, and in Asia working with percussionist Joe Chambers’ Urban Grooves Ensemble, and with saxophonists Rene McLean (son of jazz legend Jackie McLean), Hamiet Bluiett and others.

Woody III received his B.A. in Ethnomusicology at Hobart College in 2001, during which time he studied ethnomusicology, Eastern religion and philosophy in India, Japan, and Vietnam. He received his B.F.A in Jazz Performance from New School University in 2004. He attended the Indiana University Jacobs School of Music’s graduate program in 2006-2007, serving as the Associate Instructor (T.A.) for department chair Dr. David N. Baker.

Woody III went on to receive his Master's (M.A.) from Columbia University in Arts Administration with concentrations in business and arts law in 2015. While at Columbia he was awarded the William Randolph Hearst Fellowship, the Helen E. Richards Scholarship, the Teachers College Scholarship, and received support from the Michael Eisner Educational Fund. He has professional certification in Intellectual property law from New York University and in business from Columbia University.

In 2014, Woody III was awarded the prestigious Hutchins Fellowship by the W. E. B. Du Bois Research Institute at the Hutchins Center at Harvard University. During this time he focused on the consolidation of over 20 years’ worth of historical research and documentation to preserve and extend the innovative musical legacy of his late father, legendary trumpet icon and composer Woody Shaw, Jr. (1944-1989).

As of 2018, Woody III has begun producing and directing his first documentary film entitled WOODY SHAW: BEYOND ALL LIMITS, an exploration into the profound musical and intellectual breakthroughs of Woody Shaw (1944-1989) and an intergenerational memoir on the legacy of musical innovation and cultural preservation that has been passed down from father to son.

Most recently in 2018, Woody III wrote the afterword for the new Dexter Gordon biography, entitled Sophisticated Giant: The Life and Legacy of Dexter Gordon, published by University of California Press (Nov 2, 2018).